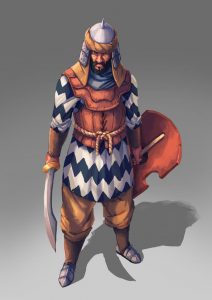 Although the City of Jagrad has existed for hundreds if not thousands of years, the Empire of Jagrad is fairly new in this world.  The empire was founded in the year 96 by King Adan “The First”. He did this by uniting the kingdoms of North Medrya and South Medrya.

The empire partly covers the territory of the former empire Medrya. At the time of the conquest of these lands by king Adan “The First”, this once great empire was already in decline for many years and fell into two different kingdoms namely North Medrya and the smaller South Medrya, with their capitals being respectively Armurad and Jagrad.

The legend states the following, one day Akbitur was walking through the streets of Armurad. While he was walking there he was suddenly accosted by a sleazy-looking fortune teller who didn’t realize he had the king in front of him. Instead of having the man killed directly by his bodyguards, he decided to have his future read by the fortune teller. But the news he got was not good. His future was hazy. Akbitur would be overthrown and murdered by one of his own sons.

The verdict was clear, Akbitur’s days were numbered. He immediately had the fortune teller killed, but the prophecy nevertheless continued to gnaw at him. The people of northern Medrya had also received an ear of the prophecy told by the fortune teller, and those who wanted to overthrow him drew strength from the prophecy and tried to tempt his sons into wrongdoing against him. So he decided to do the worst he could, kill all his sons. And to be on the safe side, also his grandsons.

One of Akbitur’s daughter, just couldn’t bear the fact that her son would also be killed. So she decided to protect him and leave him as a foundling in South Medrya, far from his grandfather’s wickedness. Eventually he was found by a simple goat shepherd who raised him as one of his own sons. The boy was named Adan. Adan was immediately a boy who excelled at everything. He was the fastest runner of his town, he could throw stones the farthest of anyone and he could sing the most beautiful songs.

But Adan was still a simple shepherd of goats. One day Adan lost one of his goats in the hills. While he was looking for the goat in a cave, the deity Rahu suddenly came to him in a vision. He was called by the great god of Medrya, Maduk, to fulfil his destiny. He had to unite north and south Medrya under his own banner, the time has come to dethrone his cruel grandfather. To accomplish this goal, he was given a mighty sword, one of the most powerful weapons the world had ever seen: The Sword of Rahu.

The southern Medrya had already been in decline for many years and had also been kingless for several years. A situation that Akbitur was eager to exploit by conquering South Medrya and uniting the countries under his own banner. The people of South Medrya were afraid, but they had not forgotten the prophecy of old. So the moment Adan revealed himself as the long-lost grandson of Akbitur, the people were ready to fight.

He gathered a massive army and started a war against his grandfather. With his charismatic and bold appearance, he quickly turned the war in his favor. After conquering the city of Armurad and dethroning his grandfather he revealed himself to Akbitur, the demon of his ever-lasting dreams and the executor of his prophecy. As revenge he beheaded Akbitur and he left the corpse of the former king hanging off the gates of Armurad for 7 conclusive days.

After the conquest of the city of Armurad in the year 96, King Adan “The First“ fulfilled the prophecy and united the two former lands under the banner of his city, and so the Empire of Jagrad.

In more recent years, the Jagradian Empire has expanded greatly. The most recent conquests of the Empire are the brother cities of Tell Rema and Tell Asara and surrounding lands by Al’nur in the year 212.

Al’nur was also responsible for the union between the Jagradian Empire and the Wahadian Tribes by marrying off his sister Sahra “The Believer” with the brother of the current king, a great-great-grandson of Adan, of the mighty Empire of Jagrad.

The Empire of Jagrad is divided into several provinces. Each province is governed separately by an envoy of the king, a so-called Satrap. All Satraps are subordinate to the general government from Jagrad, which in turn is headed by a king, a tradition that started since the union of the two empires of Medrya and the formation of the Empire of Jagrad.

The only exception to this is the newly conquered city of Tell Rema, which has an exceptionally high degree of self-government and may even have a leader who calls himself king. 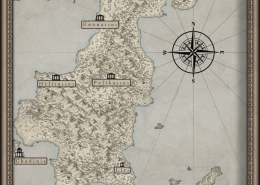 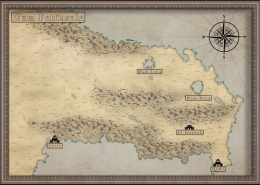 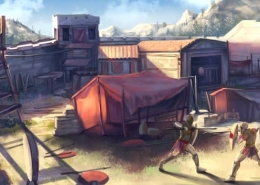 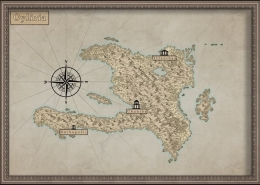 The City of Eros, also called the City of Gold or Aur's City, is the eponymous capital of the Realm of Eros.
City of Eros

Ring “The Thief”
Scroll to top